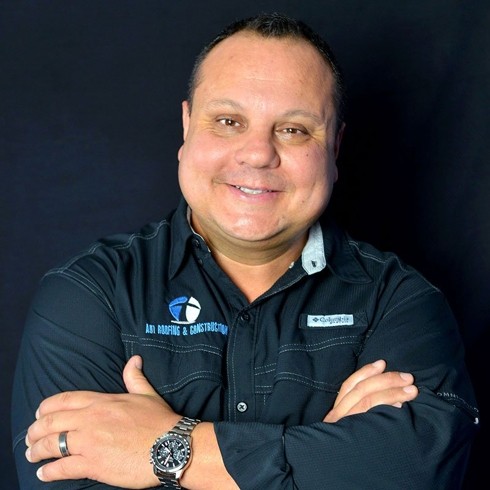 Mark has spent the better part of his life in the La Porte, Texas area. He worked his way up to a senior-level managerial position at a corporation before deciding to go off on his own venture in business. After leaving corporate America he started and managed a successful landscaping company until he sold it in 2016.

It was then Mark realized he wanted to go into the roofing and construction business. There really was no explanation except that he loves roofing! Soon after that revelation, Mark found his real calling and gave his life to Christ. That was the moment that everything—including his trajectory for business—changed.

He spent two years working with a local roofing company until leaving to start AO1 Roofing LLC in February 2019. Since then, he has been blessed to see the business flourish while being able to serve his community through service and relationships.

Mark has four children and is happily married to his wife, Jana. During his spare time, he coaches his kiddos’ sports teams, spends time with his community of faith, and watches his beloved Astros!